The slow dance of images and music

Pavane for a People’s House

“Inspired by the captivating photographs of Rosina Pencheva from her project House of Culture – Visual Archive, composer Dimitar Pentchev created this piece of music, then edited the images into a slow dance with his music.”

Rosina Pencheva, photographer
Rosina Pencheva is a photographer dedicated to presenting arts and cultural heritage in an inspirational way. For many years she’s been working with museums, theaters, and other cultural institutions. Her documentary projects follow, sometimes for years, the creative work of various artists and craftsmen.
The House of Culture – Visual Archive project aims to present one of the architectural masterpieces of the town of Gabrovo – the House of Culture Emanuil Manolov, before its renovation. The theme unites cultural organizations and artists in the common task of creating video and photographic content that gives visibility to the unpopular interior of the popular building, paying attention to its cultural value.
The House of Culture is a distinctive building for the architecture of Gabrovo, which was built in 1964 by architect Karl Kandulkov. To this day, it evokes memories in several generations of residents and guests of the town, with its impressive exterior in the style of neoclassicism. Shortly before the building enters a new stage of its existence by being modernized, its interior spaces were photographed by Rosina Pencheva. She created a visual archive of the cultural monument and its 1960s characteristic appearance.
Dimitar Pentchev, composer, interdisciplinary artist, producer
Dimitar Pentchev loves boundary states as a composer. The moment of the story when everything comes to focus, The Reveal. In all of his music, instruments and voices are treated as characters, who interact, pushed and pulled by cooperation, conflict, or a higher purpose, sometimes obscure even to himself, the accidental creator. He likes to explore extremes in texture and emotion. The boundary between formally composed conceived and carried to term music and the improvised, the performer’s whim, input, collaboration.
Dimitar’s unique background as a combination of classically trained pianist and composer, photographer, poet, and radio journalist has naturally led him to explore the possibilities of language beyond its surface meaning.
Language as music, the sound of the human voice as an instrument, as raw material for composing and sound design. For the last eight years, he has dived deeper into free improvisation, not only as a musician but as a visual artist through video and photography. Experimenting with melting different art forms together has been deeply satisfying in each project along the way.
His 60-minute multimedia piece Gleams, for live piano, electronics, two actors, a dancer, and video improvisation was Dimitar’s first significant successful attempt at balancing creative elements resulting in a coherent idea and realization. Other recent projects have involved multimedia improvisations, collaborations at Coexisdance and Audiopollination events in Toronto, Canada, and partnering with Ixchel Suarez as part of Soundweavers Collective.
The first big project, The Sound of Threads (2019), explored ideas of memory, identity, forgetfulness, childhood, dementia, relentless change of seasons, and storytelling.
Dimitar is currently working on “Departure Points,” an album of 12 newly composed pieces for piano based on iconic works from the classical piano repertoire, which he prepares to tour in Canada and worldwide. “Without Us,” a multimedia 60-minute piece on the theme of Humanity’s extinction, climate change, and pollution, and “M. On The Earth With Child” – an opera on the subject of assisted suicide.

The Old Country Is Calling

This is an excerpt from a recent project, which kind of fell apart from a musical point of view. Nevertheless I like some of the sound cues I produced and decided to publish a few of them. This is the first one. My son George (15) plays both guitar and violin on this one. It is based on/inspired by the Neapolitan folk song Scalinatella. 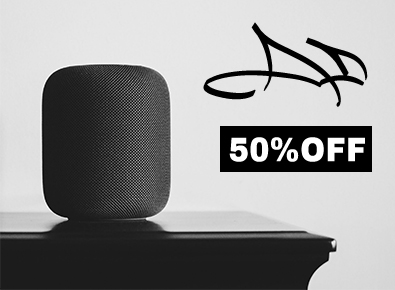