In 2013 I had the good luck to meet a group of 7 young and enthusiastic actors when the Gabrovo Drama Theatre invited me to write music for their new production of “Romeo and Juliet” by Shakespeare. The draw was strong – my long-time friend Petrinel Gotchev was directing, there was a new  and bold translation of the play in Bulgarian by Maria Zmiicharova, and the actors were all of a similar age, part of the same troupe.

What I didn’t know was that it will become one of the most fulfilling creative experiences of my life, that I will end up with a lot more music that was required for the actual play, and it will be one of the best things I have created as a composer.

The album you hear today consists of most of the tracks used in the production plus some extras, which are included because they were an integral part of the thinking on this, our version, of the story.

They say ‘the rest is history’ but in this case it’s true – the production ended up becoming THE most celebrated and awarded theatre production in Bulgaria for 2014, THE event of the season. This is difficult to do, let alone for a provincial theatre with less sway among critics and media.

Today, with the exception of the lovely photos of Rosina Pencheva, the music for this show is the thing left reminding us of Shakespeare’s eternal love story. Early on in the process I decided to use the actors’ voices as instruments, weaving them into the pieces. Sometimes they work as rhythm, sometimes as harmony, sometimes as motifs for the music to go further than usually does for a theatre play. This way of working proved one of the main pillars of my philosophy for theatrical music – each production or show should end up with a completely unique musical soundtrack borne out of the particular text, out of the particular director’s concept, and, most importantly, out of the particular actors’ personalities and input.

So, this music was only possible, in the way it sounds now, because of the talent, enthusiasm, and dedication of: Gergana Zmiicharova, Dimo Dimov, Elizabeth Popova, Miroslav Simeonoff, Nadezhda Petkova, Nikolai Barzakov, Petko Petkov, Silvia Chobanova, Svetoslav Slavchev. 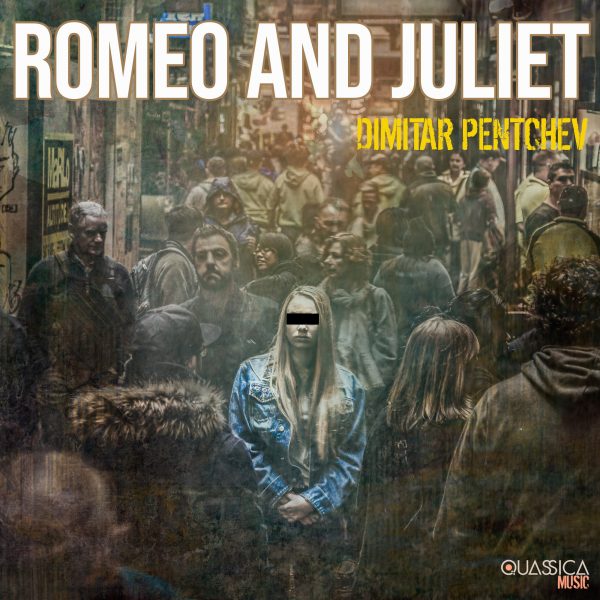 Warning: count(): Parameter must be an array or an object that implements Countable in /home/customer/www/dimitarpentchev.com/public_html/wp-content/themes/kayo/inc/theme-functions.php on line 1071
Genre : ,
Format : Digital Download