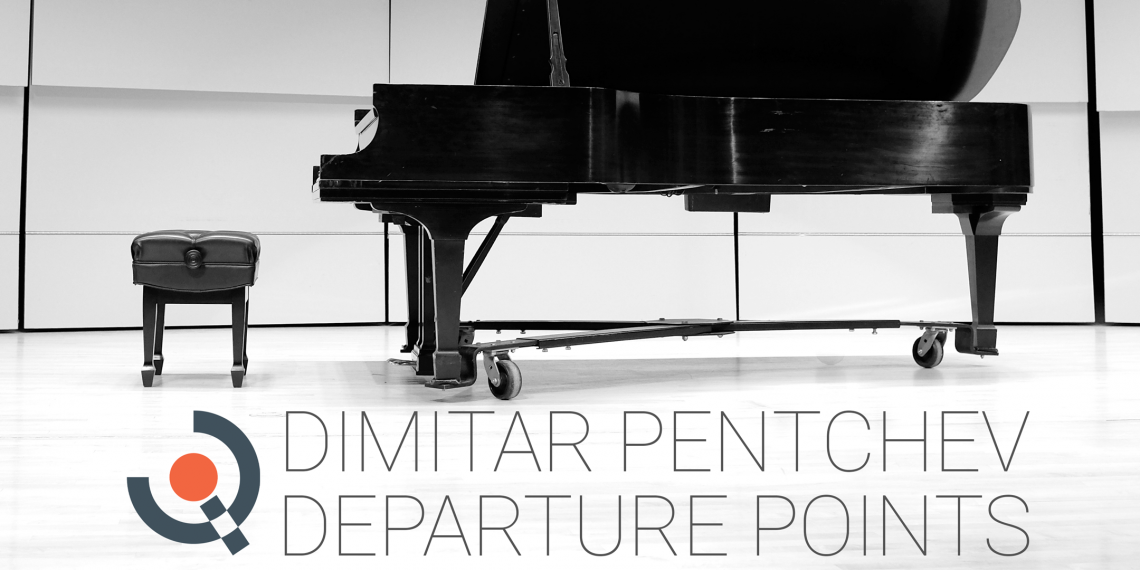 Come and join me in my first solo recital in Canada and also witness the World Premiere of a new and exciting project of original piano compositions.

The first half of the recital will feature some beloved and famous classical piano works:

Claude Debussy‘s “Suite Bergamasque”, including the unforgettable Clair de Lune and some other shorter works by Mozart, Chopin and Peter Maxwell-Davies.

The second half of the concert will be in the form of new compositions based on the works from the first half. These compositions will see their World Premiere, so you don’t want to miss them.

Dimitar Pentchev is a Canadian based pianist, composer, educator and producer.

He gave his first piano recital at the age of 12 and since then has performed over 30 different recital programmes in Bulgaria, Ukraine, Greece, Czech Republic, USA and UK. He is still active as a pianist, collaborator and chamber musician.

Dimitar Pentchev is a proud successor of a long and formidable tradition of piano teaching and playing. His pedagogy lineage could be easily traced back 4-5 generations to the likes of Beethoven, Liszt, and Czerny. His principal teachers included Julia Girginova, a pupil of Lyuba Encheva; Anton Dikov, a pupil of Arthur Rubinstein, Nadia Boulanger and Robert Casadesus, Carol Leone, a pupil of Mieczysław Horszowski; and Alfred Mouledous, a pupil of Walter Gieseking. He has also worked with Sergei Babayan, Ivan Moravec, Youri Boukoff, Ventsislav Yankov, to name a few.

He has performed solo and chamber music recitals in Bulgaria, Czech Republic, United Kingdom, USA and Canada. Mr. Pentchev was only 14 when he was chosen to perform with the legendary Bulgarian conductor Maestro Dobrin Petkov as part of series of concerts promoting young musicians by the Plovdiv Philharmony Orchestra. His interpretation of Kabalevsky’s Concerto for Piano and Orchestra No. 3 in D Major earned him accolades from professional musicians and audiences alike. Later Dimitar was invited to perform two more times with the Plovdiv Philharmony as a soloist in Shostakovish’s 2nd piano concerto and Grieg’s Concerto in A Minor. Appearances with Pazardzhik Symphony Orchestra followed under the baton of Maestro Ivan Spasov and with Beethoven Concerto No. 3 for piano and orchestra as well as performances at the the International Music Festival Winter Music Evenings, later named after Ivan Spasov. He has been a professional composer for theatre and film since 1996. He has worked as a composer and music director with theatre companies in his native Bulgaria, in the USA and as a theatre composer in the UK at the Bristol Shakespeare Festival. He wrote original music and played Snug in the Bristol Touring Shakespeare’s production of “A Midsummer Night’s Dream”, which was performed in front of almost 4,000 people for a fortnight in July, 2005.

Dimitar’s interests in music though are not confined only in theatre. In 2006 Dimitar was commissioned to write a full score for the 1929 legendary film “Pandora’s Box”, starring Louise Brooks, dir. G.W. Pabst, which was performed then live at the “Silent Sisters” festival in Dallas, Texas. There have been many attempts to score this film classical film but after hearing Mr. Pentchev’s score, Barry Paris, biographer of Louise Brooks called it “the definitive score” for the movie. Since then Dimitar has scored another feature silent film – “Lucky Star” (1929), starring Janet Gaynor and Charles Farrell, for a private collection in the USA and the most recent film project has been the documentary “Olive Thomas: Everybody’s Sweetheart” (2003), which was realized by Timeline Films, USA and financed by Hugh Hefner.

Between 1999 and 2002 Dimitar studied and worked in the USA. During that period he has been invited to write original music for three consecutive editions of “Shakespeare Festival of Dallas”, the second oldest festival in the US. These projects involved working as a part of a professional team with high-school students from different areas of Dallas, some of the kids really coming from deprived areas of the city. That in no way though compromised the exceptionally high standard of the performances that the company (“Junior Players”) has been reaching year after year. Mr. Pentchev, together with director Matt Tomlanovich, through hard work and patience were managing to put on excellent shows, equally high valued by audiences and critics.

During the same period Dimitar was working as a music teacher in a private school nearby Dallas and in this capacity he soon started to “specialize” in teaching children with behavioural problems, children with special needs etc. Currently Mr. Pentchev is working on a number of projects, ranging from original music for a parody horror movie, through an ethnomusicological project aimed at preserving Bulgarian folk music, to preparing music for a Christmas family show, together with Forest Forge Theatre Company in England. He is also actively composing classical and Electroacoustic music.

Dimitar Pentchev is currently finilizing his PhD in Music Composition at SUNY Buffalo, USA, where he studied with David Felder and Jeffrey Stadelman.

Throughout his career as a composer, Dimitar Pentchev has won some prestigious awards – twice nominated for the most prestigious Theatre award in Bulgaria – A’Askeer – he won the award on his second nomination in 1999. In the same year Radio “Tempo”, Bulgaria gave him a Special Prize – for best original music for a Bulgarian play (“Epic Times”). In September 2001 in vigorous competition with fellow composers he won First Prize at the 4th Russell Horn Young Composers Competition. The critics praised the successful fusion between American Jazz and Bulgarian folk elements in his winning piece “Conversations for Violin and Piano”.